Night Will Fall is a 2014 documentary that examines World War II film crews from the three Allied powers who captured the liberation of Nazi concentration camps and killing centers.  The chilling footage captured by these film crews was meant to be part of documentary film overseen by Sidney Berstein, but the contingencies of the Cold War prevented the documentary’s completion, though some of the footage was used by the U.S. Military in a short film titled Death Mills.  Until recently, this footage remained buried in the British archives, but scholars working at the Imperial War Museum pieced together the film using the original script and instructions left by the original staff.

For many, the draw is the fact that legendary film director Alfred Hitchcock was involved in the project, however, as the documentary makes clear, Hitchcock was involved and offered important advice to the staff, but he spent a very limited amount of time working on the project.  The advice Hitchcock provided though seems crucial –   to display long shots rather than short shots in order counter any criticism that might suggest the film was the product of Hollywood film making (Hollywood “magic”).

In presentation, Night Will Fall is documentary about a documentary.  It tells the story of the WWII cameramen, soldiers involved in liberating camps, survivors who can be seen in the original footage, and those at the Imperial War museum who reconstructed the original documentary.  While this story is important and demonstrates the overwhelming inertia of the Cold War, the crucial feature is the original footage. The images are grim.  Footage of former Nazi prison guards dragging the bodies of those they murdered to mass graves is particularity disconcerting.  This documentary is not afraid to show the barbaric results of the Nazi racial state. 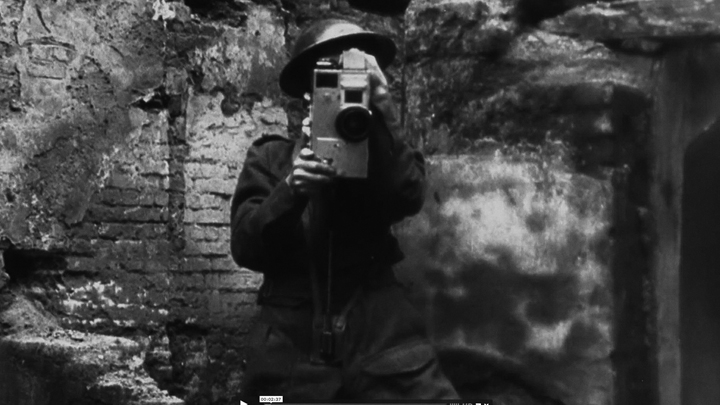 Another important feature of the original film footage is the effort made by the British and Americans soldiers to walk German civilians through the camps – to show them the what the Nazi state did and prevent them from ever denying that they did not know what the Nazis were doing.  Yet, even though thousands of German civilians passed through these camps witnessing the criminal actions of the state they supported, it was not until the 1960s, when the youth of German challenged their elders, that Germans finally confronted their Nazi past.  The efforts needed to rebuild a state destroyed by war and the oncoming of the Cold War enabled German civilians to focus on reconstruction rather than Nazi crimes.

The Night Will Fall tells a fascinating story and shows how geopolitics led the American and British governments to quickly sweep the Holocaust under the rug during the Cold War.  In fact, the Holocaust would remain dormant until the 1970s miniseries Holocaust reminded the public of the German crimes.  However, while this story is informative, the horror of the original footage is why this documentary is important.  It once again reminds us of the brutality of not just Nazi Germany but also of humankind.  What people can do to one another based on rigid ideologies that exclude other humans for being different, whether that be religiously, ethnically,  racially, sexually, etc.  The images show us how harsh rhetoric can lead to devastating actions and cautions us to take the language employed by world leaders, politicians, and businessmen seriously as they can have unimaginable outcomes.